I had nothing booked for today, so myself and a few more bristolians booked in and it swelled the number to 38, which is good for a sunday open, as usual karen did a tasty breakfast in the fishery cafe,
into the draw and out comes 48, normally not in or an end peg, but not today , I had shaun townsend on 49 and lee trivett on 47, so no real margin to talk about,  my left hand side didnt look to bad with some grasses hanging over the water , whereas on my right it was bare mud down to shaun, but after trying it several times in the match the margins gave me nothing.
I set up a stalker rig and a 4x12 rig which is quite light for 6 foot of water, but with light winds, I thought a lighter slow sinking rig may produde more bites,
on the all in I cupped some soaked 4, s at 5 and 14 mtrs and started at 5 mtrs, but never had a bite in 10 mins , looking around,  a few people were catching odd fish further out so I shipped the same rig out to 14 mtrs, I had 2 bites in the next 15 mins , one from a stockie carp and the other a decent skimmer of about 1 1/2 lb,
then the sun came out and a few decent fish started cruising about,  so out came the stalker rig, I had 5 carp on this by the end of the 2 nd hour,  one of which went over 18lb, it all went really bad after that and I never had another bite till 20 mims from the when the depth rig gave me an 8 pounder,  so I ended up with 6 carp and a skimmer for what I thoight may go 55 to 60lb k the lake had fished quite hard , possibly due to tje bright sunshine and calm conditions,  also there were a lot of anglers on the lake , shaun and lee iether side of me had had a few carp, lee mostly stalking but shaun had a few late fish down tje edege to his right, also fabio around the corner from shaun had a few decent fish down his edge fishing back towards shaun,
I thought my fish may just get me into the frame as as far as I could seem I had beaten everyone on my side of the lake , but terry cambridge on 31 had been catching skimmers down his edge and sam nabbs over on 21 had caught shallow,  as it turned out sam on 21 won with 82.7
2nd terry cambridge had 68.13 which included a lovely nrt of skimmers which went 44.8 for top silver weight on the day
3rd was me with 54.6
4th ian millichip on 44 with 52.11
5th paul elmes on 20 with 47.15
6th stu foale on 19 with 46.11
off to landsend tomorrow,  on match and number 3 lake, and with a good forecast it may well be another good day 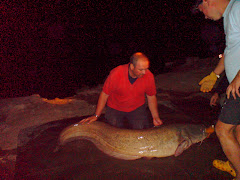 Me and a fish

tony rixon,s days out
Well that's been a strange year, after being behind the counter of Avon angling for 32 years, the landlord finally got his way and got us out, but ever cloud has a silver lining and I managed to get a job at veals fishing tackle in bristol, I started at veals when I was 17 , left there when I was 22 for avon angling then after 5 years at veals I've been given a chance to work at premier angling down by the marina in keynsham, so that's where you will find me from now on, should be good. As far as my fishing goes , I will be working Wednesday,s so it's the cost cutters and coffin dodgers for me then, at least I stand the chance of picking up a tenner and a lucky bag. I will still be actively running weekend matches as well as my float only league and short pole series, I will also be running some weekend opens so keep an eye on here for dates. I hope you all keep going and enjoy it as much as I still do. Also I couldn't do what I do without the support and understanding of judith the best wife ever.